The Hampta Pass trek is an unusual, special crossover trek. It climbs out of lush green valleys of Kullu through a narrow gorge-like valley to an overhang high in the mountains. The overhang you stand on is a window to a different world altogether: the deserts of Lahual. From the pass, you see the Lahual valley in one wide panoramic sweep.

Why is it such a “Terrific” Crossover Trek?

The Indian Himalayas have multiple crossover treks! What makes the Hampta Pass Trek so special, is the fact that it is easily accessible for all trekkers. Additionally, this trail almost matches up-to the Pin Bhaba Pass trek in terms of dramatic changes in landscapes.

The Hampta Pass itself acts as a wormhole, which takes trekkers into a different world. On one hand you have the lush green valley of Kullu with flowering meadows and maple forests and on the other you have the desert like valley of Spiti, with colourful rocks and secluded beauty of the high altitude lakes. These two valley’s seem to be from different world’s, yet connected by this small passage also known as the Hampta Pass.

The Hampta Pass Trek is a “Terrific” Crossover Trek, for two reasons. First, it is a trek that can be done by even an amateur trekker or a first time trekker. You don’t need to be the fittest man alive, rather a moderately fit individual with good endurance and strength can easily take on the Hampta Pass Trek. Second, the beauty. Crossover Treks are known for the changes in landscapes but for the Hampta Pass trek, this beauty is amplified many times over owing to the short duration of this trek.

What is a Crossover Trek?

Through millennia, traders, armies and all kinds of people have used such passes to cut across large geographical barriers such as the Himalayan mountain range to travel from one part of the world to another. A lot of these passes are still used for trade and travel, for example, the Nathula Pass in Sikkim is still used as a major point of connection between India and China or the Zojila Pass to connect Kashmir Valley to region of Ladakh.

A Crossover trek is a trek that takes you through these ancient passes and in a way recreates the trail used by our ancestors to trade and travel. The Hampta Pass trek connects the fertile Kullu Valley to the deserted Spiti Valley.

Therefore, while crossover treks such as the Pin Bhaba Pass, Rupin Pass, Kuari Pass, Bali Pass and Pin Parvati Pass are known for their dramatic landscape changes, an added bonus of such treks is the rich history of humankind associated with them.

To know more about why the Hampta Pass trek is a terrific crossover trek, watch Arjun Majumdar, CEO of Indiahikes, speak with Swathi Chatrapathy about the Hampta Pass Trek in this video.

Things to watch out for –

Jobra, the starting point of the trek is a short drive away from the town of Manali. The drive to Jobra (9800 ft) from Manali (6726 ft) is simply breathtaking. The road to Jobra starts right behind Manali and climbs nearly 3000 ft above the town, till the point that Manali looks like a small hamlet in the Kullu Valley. This drive is so pretty and picturesque that it deserves to be a part of the list of things to watch out for on this trek!

Campsites are a big draw for any trek. It’s the spot where trekkers can relax after a gruelling day and have a nice hot beverage while watching the sunset over the mountains. On the Hampta Pass trek, the Shea Goru campsite is our show-stopper. It not only has beautiful snow capped mountain views, but also offers some of the most dramatic changes in landscapes. The campsite sits in an oasis of greenery with wildflowers growing around you in the Lahaul Valley. As you start looking up towards the snow capped mountains, the greenery transforms into rugged rocks and rocky slopes and finally into icy peaks. And did I mention a gorgeous stream flows right next to the campsite?

The Shea Goru campsite is probably the most photographed point of our trek, after the Hampta Pass itself.

It would be amiss to talk about a crossover trek and not mention the most important aspect of it, the pass itself! The Hampta Pass is one of the most beautiful passes there is. On one side, you have the beautiful Kullu Valley and on the other side, the deserted Lahaul Valley (part of the Spiti Valley). Depending on the season, you’d either be walking over snow or loose rock to reach the pass. As you enter the Hampta Pass you’ll be able to see the towering peaks of Mt Indrasen and Deo Tibba. The stark beauty of this point is just one of the reasons why it is revered by trekkers. In my opinion, it’s the trek to the Hampta Pass itself which makes the pass all the more special. After hours of climbing, you enter the pass and see the Lahaul Valley drop in front of you with Mt Indrasen and Deo Tibba in the picture, a sense of relief floods over you. This delayed gratification is what makes the Hampta Pass crossing so damn exhilarating.

The Hampta Pass Trek is a unique trek, which offers a pass crossing, a lake excursion and one of the most beautiful trails all packed up into a 6 day trek. And to top it off, it’s a trek of moderate difficulty, thus making it easily accessible to all kinds of trekkers.

If you’re considering a trek in the months of June to September and are looking for an exhilarating crossover trek, Hampta Pass Trek must be number one on your list.

What you should do now

1. If you want to read more about the Hampta Pass trek, see the dates and itinerary, head over to this page.

2. If you liked this post and want to read more such posts: Go to this page – You’ll find many such Expert Opinions here.

3. If you’re looking for treks to do: Then head over to our upcoming treks page. You’ll find all our Himalayan treks there.

4. If you want to work with us: Head over to our careers page. We have lots of positions open. We also have lots of applications coming in. So the sooner you apply, the better.

6 thoughts on “What Makes Hampta Pass A Terrific Crossover Trek” 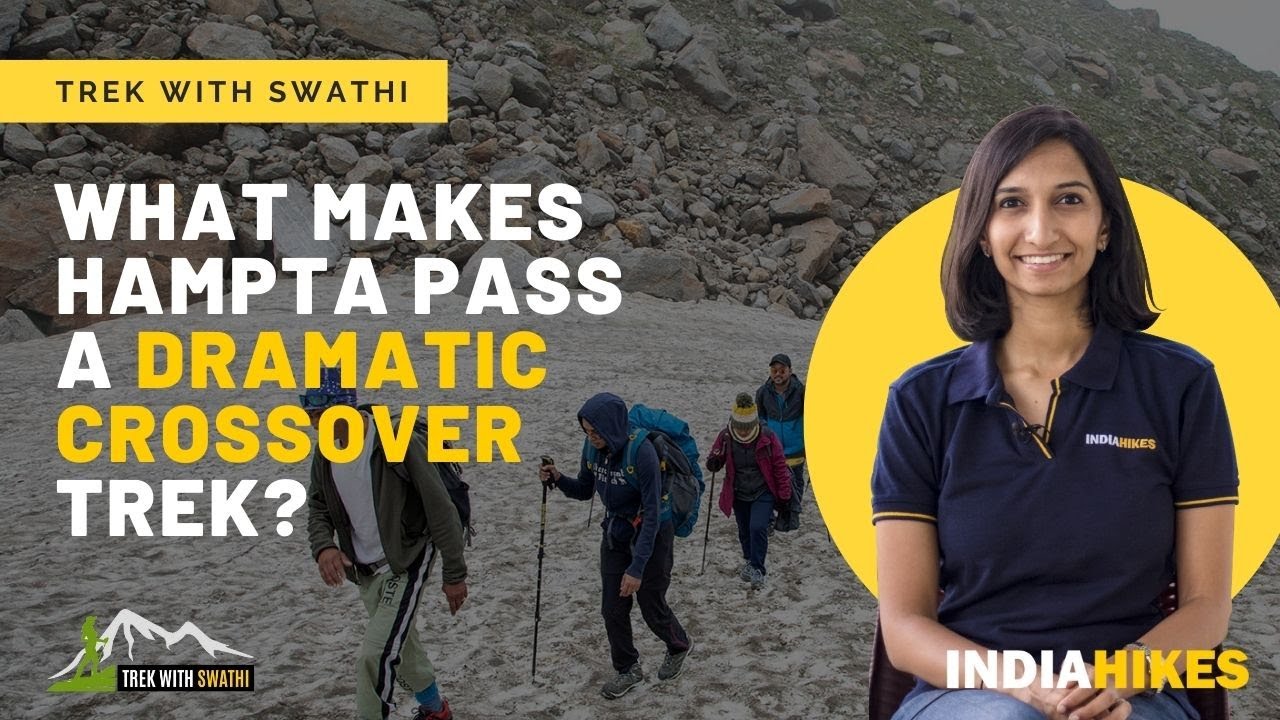