I rarely write stories. But yesterday, something so otherworldly happened, that it had a profound impact on me. It made me very proud to be associated with Indiahikes.

I want to share that story with you today.

Before I get to the story, I must give you a bit of a backdrop.

The Indiahikes team is currently in the mountains for an annual meeting. In fact, I’m writing to you sitting in a tent at our new campus in Sari, the basecamp of our Deoriatal-Chandrashila trek. It is 7.30 in the morning. The sun is coming up just behind the hills around the Chandrashila summit. The valley is glowing in the morning light.

Around 40 of us are here — all our Trek Leaders and most of our office team members. Even as I’m writing this, I can hear the murmuring voices of our team members making light conversations, but mostly delved in serious conversations about how they want to shape the future of trekking in our country.

But as you can imagine, an Indiahikes meeting is incomplete without a real trek.

So yesterday, we all set off on the Chandrashila summit climb. We did something that most trekkers don’t do — we went for an evening trek, and not a morning trek. (Try it some time. It gives you a much longer time at the summit, especially if you’re fit enough to climb up quickly!)

It was on the Chandrashila summit that something unexpected happened.

The first 10 or so members had reached the summit. We were busy taking in the moment.

It was during this special moment that we suddenly heard loud shouts from the edge of the summit.

My insides froze when I heard the shouts.

I feared the worst. I thought someone had fallen off the edge of the cliff.

When I looked in the direction of the scream, I saw what had gone wrong.

A fully-packed backpack, was rolling and tumbling down from the cliff, thudding against rocks, falling into what seemed to be an endless precipice. Within 2 seconds, the backpack had rolled down over a 1,000 ft and kept going. It came to a halt somewhere around 1,200 ft below, hardly visible anymore.

It was our founder, Arjun Majumdar’s backpack.

“It reminded me of how our camera plunged into a crevice on the Stok Kangri summit. It had 8 days’ worth of photos of the exploration. It had the full documentation of the Stok Kangri trek, with rare photographs of a new route,” recollects Sandhya. “There was no way to retrieve it.”

This situation seemed uncannily similar. We thought we would have to give up on the backpack. It had things worth over Rs 30,000. It even had some great gear that we had promised to review for a few brands. But we could see the backpack only as a black speck down the mountain side. There was no hope for it.

Here’s where things took a turn and stunned me

Two of our Trek Leaders, Syama Krishna and Chetan Dawa, despite the odds, decided to retrieve the backpack.

“I didn’t expect anyone to retrieve the backpack. It looked impossible from where we stood,” says Arjun. The Chandrashila summit is shaped like a cone, except that one side of the cone ascends gently (the route we take) and the other side is a near-vertical drop. The backpack was on the vertical side.

“I didn’t want anyone to risk their lives trying to retrieve the backpack. Even standing on the edge and peering down the precipice made my palms sweat,” continues Arjun. “I implored them not to go. But the boys were determined to make an attempt.”

To tell you a bit about our leaders. Syama is one of our senior Trek Leaders, who has not only led few of our toughest treks, but loves mountaineering on his own. Dawa, a Ladakhi, on the other hand, is new to Indiahikes, but a natural in the mountains.

This is how their adventure began

A team of 4 other Trek Leaders stood at the edge of the summit, directing them from the top through their walkie talkies, while Syama and Dawa scrambled down.

It had snowed 3 days ago, leaving the trail slushy and riddled with slippery verglas. One wrong step and they would go down just like the backpack.

Incredibly, 35 minutes later we heard big cheers from the team. Syama and Dawa with big smiles, were holding the backpack like a prize! Unbelievably, they had climbed up the same way that the backpack had gone down — on a near-vertical section with no trail.

But wait, that’s not why I am writing this story. Even in this incredible rescue, they were collecting trash as they were climbing up. By the time they had reached us at the summit, their Eco-Bags were filled to the brim.

It was after this that we sat at the summit and had a few quiet moments until dusk.

At first, this comes across as just a story of adventure.

But when I came back and reflected on it, I realised that this story showed me what the Indiahikes team is truly made of. It heavily reflected our core values and everything we believe in. Let me explain.

What learnings I’m taking away about Indiahikes from this incident

1. Caring for others is one of the biggest virtues at Indiahikes

I have always known Indiahikes to be one of the most caring and nurturing environments — be it for trekkers or for those who work here. I think all trekkers, many who haven’t even trekked with Indiahikes, would agree with me.

Yesterday, that belief was reinforced a hundredfold for me. There was no reason for the Trek Leaders to retrieve the backpack. Nobody expected them to. Most in similar positions and with similar capabilities such as Syama and Dawa would not attempt such a rescue. The risk was high. But they cared more for the organisation and for Arjun. The care came from all the care they received from everyone at Indiahikes.

I saw another similar instance while driving to the base camp last week. One of our team members got sick in the car and vomited because of winding mountain roads. Without thinking twice, the other team members came forward to clean the soiled, smelly clothes of their colleagues. Vomit was all over. Yet, they did not cringe even once.

I notice this again and again at Indiahikes. People are always putting others before themselves. This is something rare to see these days, and it’s one of the reasons I love Indiahikes.

2. Fitness is one of the most respected values at Indiahikes

When the backpack rolled off the summit, it was just minutes after we had reached the top. We had climbed up 3,000 ft from Chopta. It had taken us 2 hours of stiff climbing, with a few water breaks in between. Even for the fittest trekkers, this is a good climb.

Frankly, I was stunned when the two Trek Leaders immediately descended down a 1,000 ft and almost flew back up. Their pace and stamina were uncanny.

Even on the trails, while most other trekkers on the trail were struggling up, I didn’t see any of the Indiahikes team members panting or struggling. All 40 of us reached the summit in less than 3 hours without breaking a sweat, even those from the office.

This made me realise that fitness is not an added bonus in our lives. It’s a core value that everyone deeply respects and has made a part of their lives. Our goal is to always be trek-fit, and that’s what everyone works towards.

3. Anyone can trust their lives with Indiahikes Trek Leaders

When I saw that Syama and Dawa could tackle a non-existent trail so easily, I was in awe of their trail expertise. I knew that no matter what the weather is, what the terrain is, our trekkers are in safe hands with them.

While this is not new to me, what will surprise you is that our newest Asst. Trek Leaders, who have been at Indiahikes for hardly a month, are going into another intensive training with a mountaineering instructor over the next three days. Safety training is a continuous process at Indiahikes. Even the seniors go through it.

This is what safety means at Indiahikes — that you can send your closest family member to the Himalayas with Indiahikes, and not worry about them for a second.

This thought didn’t strike me just from the fact that Syama and Dawa came back with their eco bags filled to the brim. This was the case with each and every one of us who went up the trail.

Unfortunately, the Deoriatal-Chandrashila trek is filled with litter, given that it is a popular tourist attraction. We did a complete clean up around the Deoriatal lake, bringing down 60 kgs of waste, which our Trek Leaders carried all the way back down. It is not easy to carry these sacks— each was over 10 kgs. Yet, our trek leaders carried them on their backs with a smile on their face.

This is just the tip of the iceberg. All Indiahikes team members have brought about a change in their lifestyle, conscious of what they consume, of how they dispose.  Everyone composts their waste at home. Nobody consumes anything that comes in plastic (some of them live complete zero-waste lives). All women at Indiahikes have switched to sustainable ways for menstruation.

This is what we stand for at Indiahikes. Green Trails is not limited to the mountains, but extends to our lives and our trekkers’ lives.

5. Humility is what makes Indiahikes team members who they are

When Dawa and Syama came back to the summit with a backpack, they came back with no airs about it. It was almost as if they went down 2-3 steps and brought it up — as normal as that.

To me, this is humility. I see this among all team members at Indiahikes. Even our most accomplished team members are humble enough to learn from their junior most colleagues. Everyone is open to feedback, no matter how critical. Anyone who isn’t humble stands out like a scarecrow.

Which is why, even during our recruitment process, humility is the biggest virtue we look for. Without humility, no matter how skilled a person is, we cannot work with them. This struck me very strongly as well yesterday.

Our trekkers notice these values. This is one of the reasons why they keep coming back again and again to trek with us.

And that’s what makes us Indiahikes. Without these, Indiahikes would not and cannot exist.

If you have trekked with Indiahikes, I would love to know what you have observed on your trek with our team. To share your observations, drop in a comment on this page. 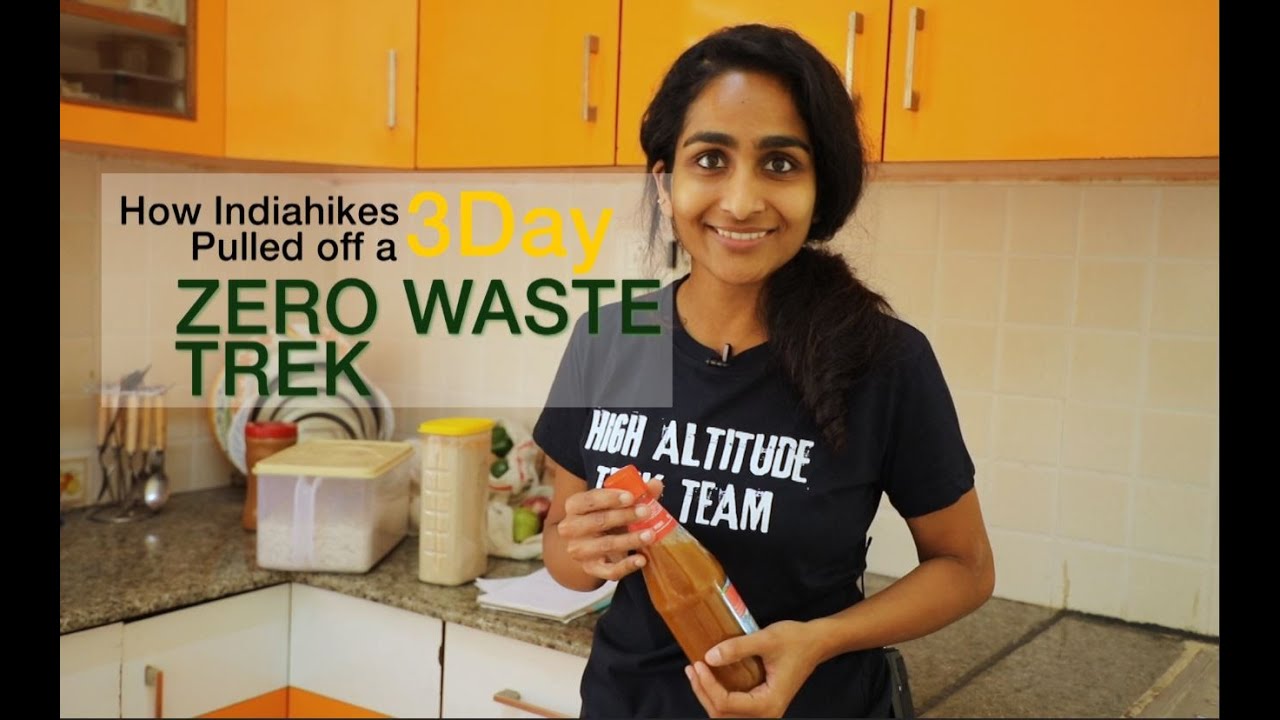 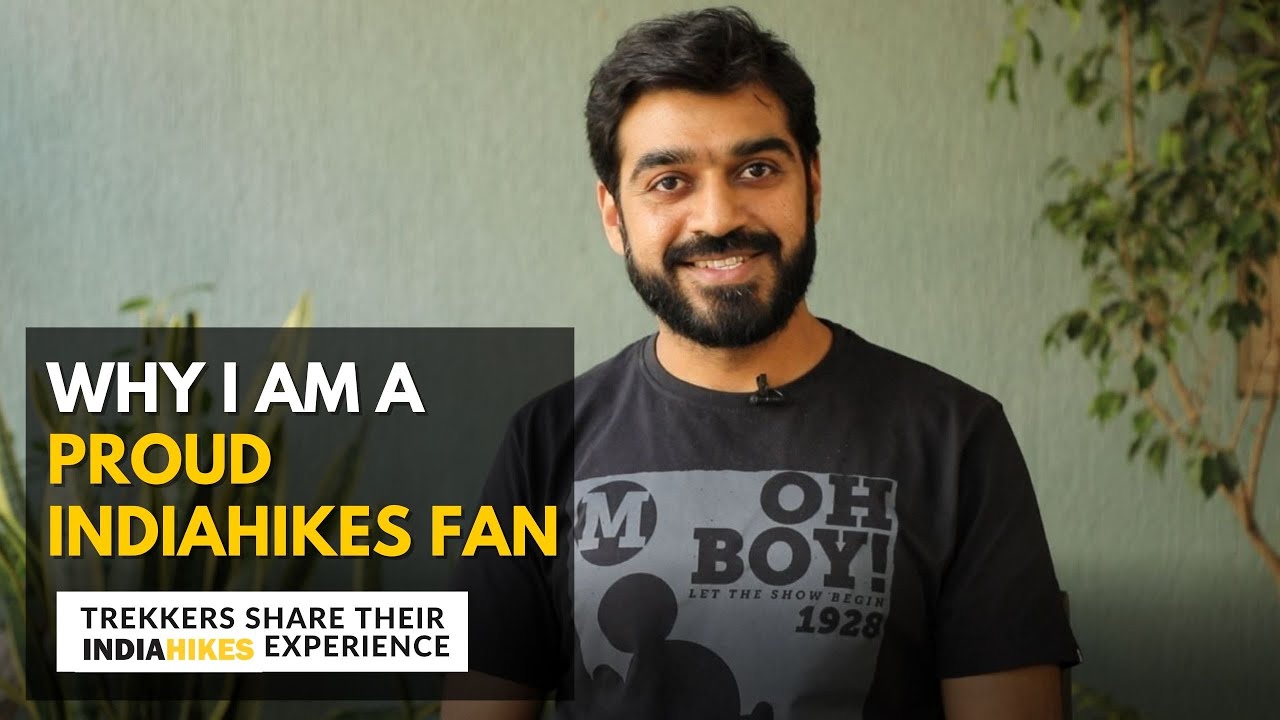 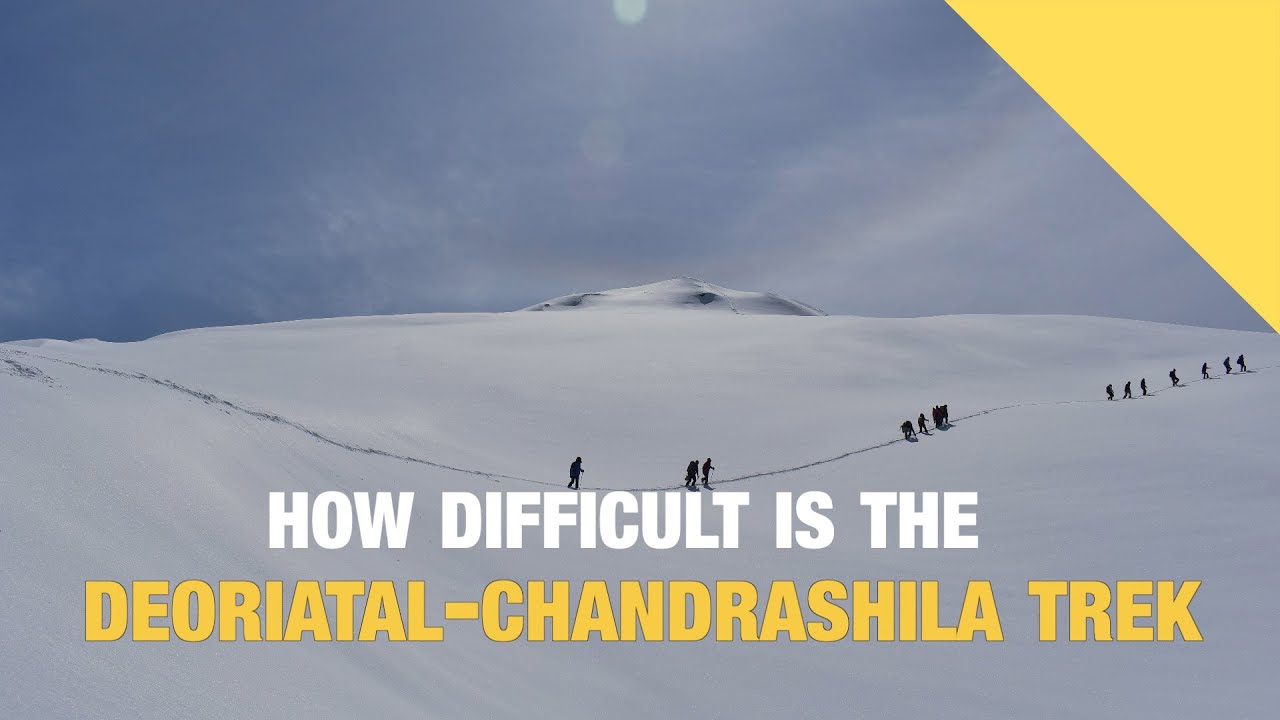