Four years ago, I embarked on the Goechala trek with twenty-odd friends. It was my first Himalayan trek and a challenging one at that. After trekking through rain and slush, we reached the Dzongri campsite on Day 4, wet and exhausted.

As I was about to step into my tent for a short nap, I noticed my co-trekker waving out to me from a distance. I walked up to him, and in hushed tones, he told me that he had spotted a bird.

We walked for a few minutes and came upon a clearing. About twenty to thirty feet from where we stood was a bird that took my breath away.

It was the Himalayan Monal. Its brilliant colours sparkled in the evening sun. Electric blues blended into brilliant greens and vivid oranges. We sat there, crouching near the ground as it went about pecking in the grass. My friend started clicking pictures while all I could do was capture the beauty of this bird with my mind’s eye.

Looking back, I feel fortunate that I got the chance to witness this. To date, it remains one of my most memorable moments from the trek.

I reached out to Ajit Hota and Madhav Anand, well-known bird photographers, and long-time Indiahikes trekkers. We also discussed different aspects of this topic with Jothiranjan, our resident photographer.

We spoke to them about their top Himalayan treks for bird watching, what makes these trails unique, and tips for bird photography while trekking.

Why are we more likely to spot birds on a Himalayan trek than any other tourist spot?

With over 900 avifauna species, the Himalayas is a biodiversity hotspot. In fact, 80% of the bird species found in India call the Himalayas home! But, have you wondered how the region came to be so rich in bird species, given its harsh terrain and weather conditions?

A 2018 Zoological Survey of India points out multiple factors:

1. The presence of different varieties of intact forests that are important for breeding.

2. The presence of wetlands at higher altitudes and river ecosystems at the lower levels.
3. Access to agricultural land, which helps provide birds with food, especially during winters.

Ajit expands on this. “Most trek routes pass through minimal or no population or any other disturbances. As a result, bird species thrive in those regions due to abundant food, natural forests, and no threats or disturbances from humans”, he explains.

With such incredible biodiversity, Himalayan treks present the perfect chance to catch sight of some rare birds.

For the sheer variety of species that reside in these regions, these trails are our top picks for bird watching.

This was a unanimous choice for all of our experts! It is one of the best treks to spot the strikingly beautiful Monal. Our founder, Arjun Majumdar, who has been on this trek three times, concurs, “Every time I have done this trek, I have seen Monals very close to the trail.”

On any given day on this trek, you can spot anywhere from 70 to 100 types of birds, largely due to its location inside the Kedarnath Musk Deer Sanctuary.

From the exquisitely patterned Snow Patridge to the colorful Kalij Pheasant, and from the cerulean blue shaded Verditer Flycatcher to the delicately shaded pink browned Rosefinch, the trek is a gold mine for bird lovers and photographers.

– The Deoriatal Lake and the trek from the lake to Syalmi
– The section above Bhrujgali to halfway up the Chandrashila Peak is the perfect stretch to spot Monals and Snow Partridges.

For a more comprehensive list of the birds you can spot on the Deoriatal Chandrashila trek, click here.

While most trekkers head to Sandakphu for views of the Sleeping Buddha, and the chance to weave in and out of Nepal, the trek is also a bird watcher’s delight.

The Sandakphu – Phalut trek is located inside the protected Singalila National Park, known for its biodiversity. Close to 300 species of birds have been recorded in this region!

Ajit suggests visiting during the months following winter. He says, “During the rhododendron blooming season, the highest number of bird species can be sighted.”

This is one of those rare treks where you will find a variety of birds almost throughout the journey — right from lower altitudes all the way to the top. Himalayan Monals, Snow Pigeons, Tibetan Snowcocks, Fire-tailed Sunbirds, and many Yuhinas species have been spotted on this trek.

The reason for this is the remarkably diverse terrain of Goechala. From thick forests to trails lined on either side by rhododendron trees to barren meadows at the higher altitudes, Goechala is a trek with incredibly varying landscapes.

| Birding hotspots on the Goechala trek:

– All campsites are rich in the number of bird species that can be found, primarily Tshoka, Dzongri, Thansing, and Samiti Lake.
– Blood Pheasants and Himalayan Monals can be seen at Dzongri.
– Tibetan Snowcock, Grandalas, and many other birds can be found at Samiti Lake

No doubt, the treks mentioned above are outstanding just for the sheer number of birds you will get to see. But the Dayara Bugyal trek isn’t too far behind.

The majestic Shikra, the bright Himalayan Blue Tail, the Indian White Eye, Scarlet Minivet, and the beautiful Indian Paradise Flycatcher are just some of over 40 species that can be spotted on or near the trails.

Dense oak and maple forests and the presence of water bodies provide the right conditions for birds to flourish, especially during mating season.

– Birder Madhav points out that the first couple of campsites on this trek, Raithal, and Gui, are set around farmland. The easy availability of food makes spotting a good variety of birds possible at lower altitudes itself.

For more information on the birds you can spot on this trek, take a look at the beautiful images that Madhav captured on his trip to Dayara Bugyal last year.

From spotting Himalayan Woodpeckers to Eurasian Jays to Himalayan Tits, the Brahmatal trek is yet another wonderful Himalayan adventure to embark upon for birding enthusiasts.

“But the reason to sign up for the Brahmatal trek is the chance to spot and capture images of the largest predatory birds of the region, the Himalayan Griffon or Vulture,” says Madhav.

In fact, on his last Brahmatal trek, Madhav had 12 separate griffon sightings!

| Birding hotspots on the Brahmatal trek:

– The Gujreni campsite, which is your Day 2 campsite (only during winters), is surrounded by rhododendrons and oak trees and a great place to spot birds such as the Blue-fronted Redstart, the Asian-barred Owlet, and the Solitary Snipe.
– Expect to spot predatory birds at higher altitudes en route from Tilandi to Brahmatal.

Other Treks Worth Exploring

Jothiranjan also recommends the Chirbatiya trek, a short weekend trek in Uttarakhand that is perfect for those who are new to bird watching and bird photography. His other top picks are Phulara Ridge, Kuari Pass, and Gidara Bugyal.

1. The Himalayan Monal – Probably the most well-recognized bird due to its vibrant feathers, it’s found in elevations from 7,000 to 15,000 ft.

2. Himalayan Woodpecker – Recognized by a constant knocking sound. Spot them at altitudes ranging between 4,900 and 10,500 ft.

3. Tibetan Snowcock – They are found above the tree line, at altitudes over 12,000 ft. During winters, they descend to lower altitudes.

4. Himalayan Griffon – With a wingspan of up to 10 feet, they are the largest and heaviest birds found in the Himalayas. They can be spotted at altitudes ranging from 3,900 to 18,000 ft).

5. Snow Partridge – Beautiful striations characterize this bird that is found in the higher altitudes of the Himalayas.

7. Fire-tailed Sunbird – A long red tail and a colorful plumage distinguish this bird. Often found in rhododendron forests feeding on insects and nectar.

8. Eurasian Jay – Found in thick oak and beech forests. A noisy species, they can be identified by their distinct screech.

11. Himalayan Tit – A distinct crown and striking yellow and black pattern helps in identifying this bird.

12. Satyr Tragopan – Yet another colorful bird found in moist oak and rhododendron forests with dense undergrowth.

March to May (spring) and September to November (autumn) are the best months to spot birds.

This corresponds with the migration and breeding season, which translates to higher bird activity and increased chances of spotting them.

Spring is also the peak Rhododendron blooming period and one of the best times to go bird watching in the Himalayas.

Best time of the day to spot birds

According to Jothiranjan, the golden hours to spot birds are the morning hours of 6 to 8 am and the early evening hours of 4 to 6 pm. These are the hours when birds are at their most active, which increases your chances of spotting them.

Since these hours are also times that you are most likely to be at the campsite, you can consult your Trek Leader on the best spots in and around the grounds to observe these feathered friends.

Tips on birding while trekking

1. Read up before you head out – Arm yourself with knowledge regarding bird species found in a particular region and their characteristics and keep a field guide handy. eBird.org provides a comprehensive database of birds from around the world with details and images of each species.

3. Camouflage yourself – Dark, dull or earth-colored clothes that blend into the surroundings are best for birding.

4. Silence, please – This is the golden rule of birdwatching! Birds are extremely sensitive to noise and movement so maintaining silence is an absolute must.

5. Maintain distance – Madhav recommends a distance of at least 20-30 m. Move slowly to not startle the bird. Never follow or chase a bird.

6. Avoid nesting pictures – Birds can get nervous and even abandon their nest if they sense a threat near their nests.

8. Avoid using flash – Instead, up the ISO setting on your camera.

That brings us to the end of this guide on bird watching on Himalayan treks.

Birding enthusiast or not, tell us about your most memorable bird spotting incidents or encounters while on a trek in the comments section below.

Gayathri is a Content Writer who has ten years of experience in advertising, market research, and digital marketing. But it was not until she headed on her first Himalayan trek four years back that she found her true love -- writing. She is a mother of two girls, aged 15 and 12 yrs. As a family, they have always been lovers of the outdoors. She believes that nature has the power to heal and trekking allows us to connect with it on a much deeper level. When not planning their next travel adventure or trek, you will often find them heading out for hikes in and around Bangalore. Reach out to her at [email protected]

Gayathri is a Content Writer who has ten years of experience in advertising, market research, and digital marketing. But it was not until she headed on her first Himalayan trek four years back that she found her true love -- writing.

She is a mother of two girls, aged 15 and 12 yrs. As a family, they have always been lovers of the outdoors. She believes that nature has the power to heal and trekking allows us to connect with it on a much deeper level. When not planning their next travel adventure or trek, you will often find them heading out for hikes in and around Bangalore.

Reach out to her at [email protected] 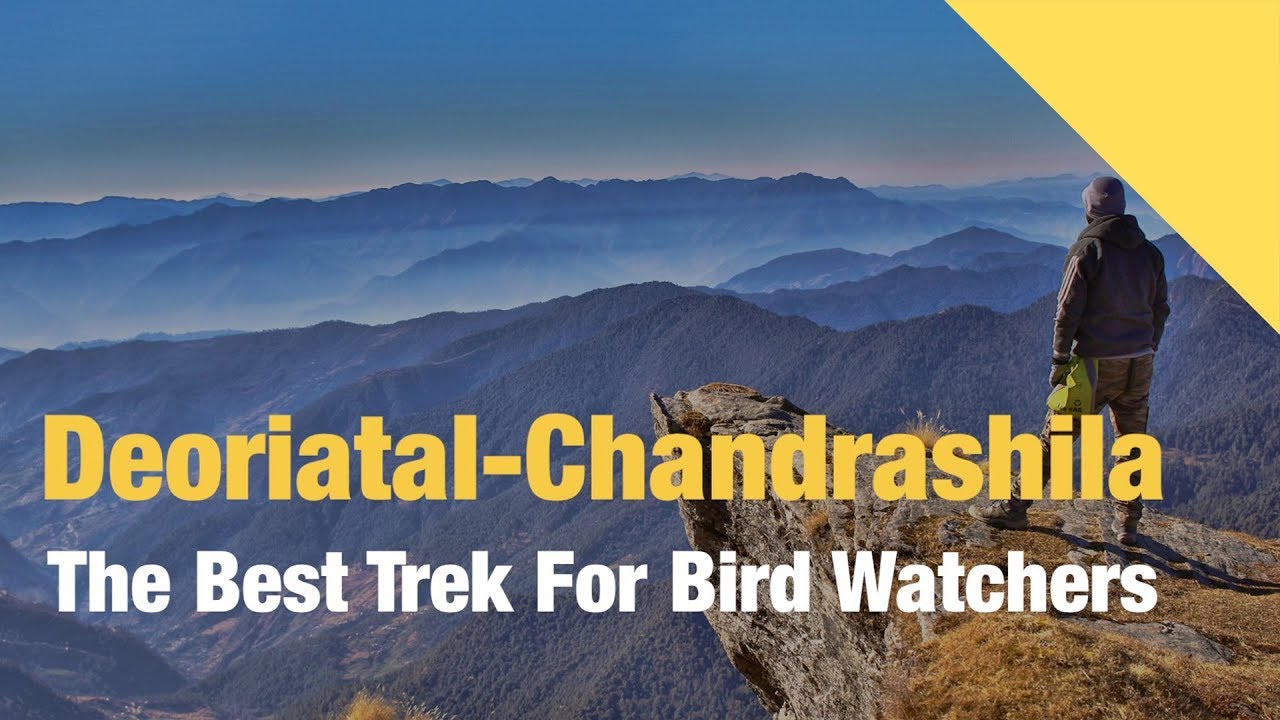 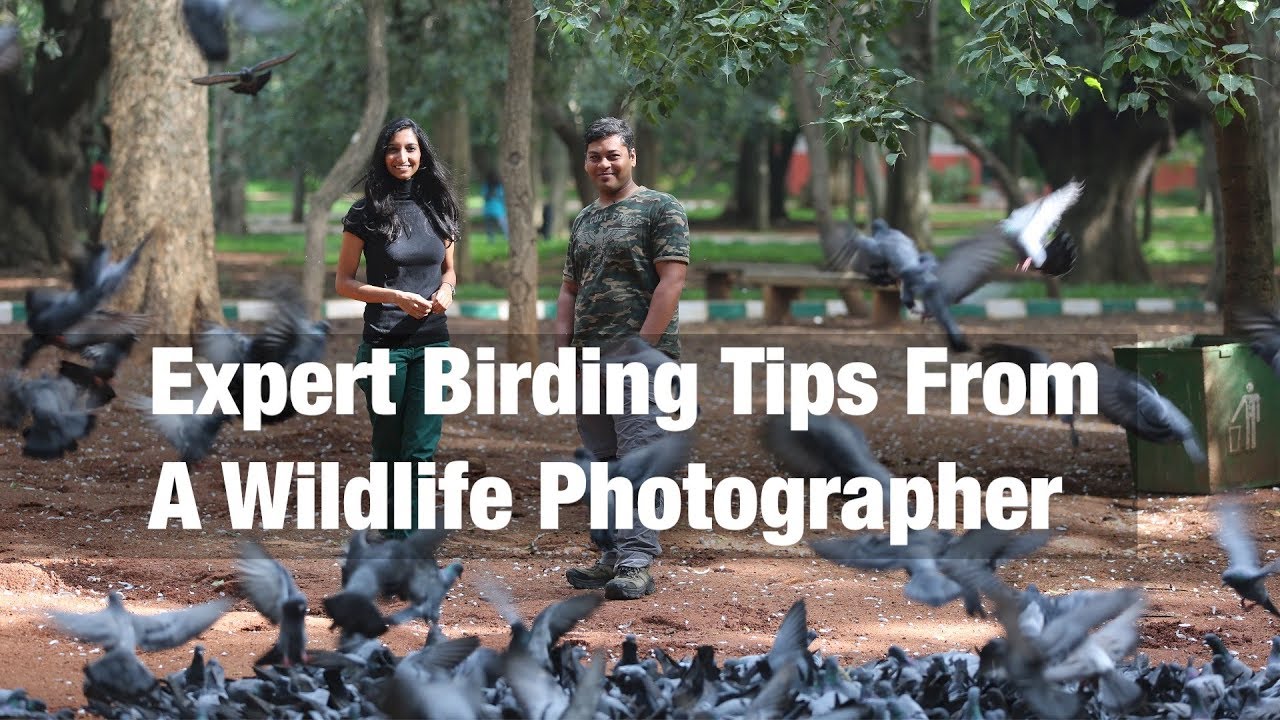 Over 110,000 trekkers love our weekly mailers for the latest on trails, tips, trek talks, and special invites. Sign up today.