Today I’m sharing a story with you.

It’s a story of hope from a remote town called Bijanbari in Darjeeling. It’s a beautiful story of how an entire town came together to tackle the problem of their plastic waste. In just two months, they managed to collect and utilize more than a tonne of waste, diverting a 1000 kgs of non-recyclable waste from the landfill.

I’m not writing this story as a recognition of an achievement. But as a rare story of hope and positivity. Because almost always, our Green Trails talks are filled with frustration. Frustration about lack of the ability to make something happen. To bring about a sustainable change. It’s the toughest job at Indiahikes, not because it involves getting work done, but it involves bringing about a change in the mindset of people — a hard nut to crack.

Before I tell you the story, I’d like you to watch this video. It was taken yesterday, and it’s what made me write this mail to you. It’s a one minute video. Turn on the sound, you’ll hear a small narrative too. After you watch it, I’ll tell you what the magnitude of this small video is.

Our story starts in August. But its seeds were sown many years ago, when our Green Trails team started making regular visits to all the towns along the Sandakphu trail — Rimbik, Sepi, Maneybhanjang, Jaubari, Bijanbari — with the single thought of effective waste management.

All of these places I’ve mentioned are your typical hillside towns. They are places where people like you and I would love to build a home and settle down.

But like all other hill stations, they have an influx of packaged goods and suffer from lack of proper waste management.

“The Block Development Officer (BDO) of Bijanbari, Kaushik Banerjee, was particularly troubled by this problem of waste. He had constantly been looking for ways to manage non-recyclable waste,” says Moumita Bhattacharjee, a Green Trails Fellow, who has been on the Sandakphu slope for the past four months.

It was in August, that a small revolution began. And it all started with a workshop.

“At Bijanbari, they have a programme called Kanyashree. It’s an event that spreads awareness about the importance of developing the society — educating the girl child, stopping child marriage, waste management… During this event, one of the girls we had been working with invited the Indiahikes team to hold a workshop on making bottle bricks,” says Moumita.

“In the workshop, we showed them how bottle bricks are made — one plastic bottle, stuffed with lots of soft plastic wrappers, to make it as solid as a brick. Each of these plastic bottles could then be used as bricks for construction,” explains Moumita.

It didn’t take long for the BDO to realise the impact that upcycling all this plastic could have. On the same day, he announced a competition at Bijanbari, that whoever makes the highest number of bottle bricks by October 2nd wins. This involved schools, families, individuals, anyone.

“We were happy that he announced the contest and the locals seemed enthusiastic about it. But what we did not expect was the outcome of the competition.

“When we went to Bijanbari on October 2nd, we saw 4000 bottle bricks, each of them stuffed to the brim and ready for use in construction! That’s 4000 hours of labour!” exclaims Moumita.

Frankly, making bottle bricks is not easy. Each bottle brick is stuffed to the brim with soft plastic. And each bottle holds up to 250g of soft plastic waste. If you stop and think about how many toffee wrappers you need to make 250g, it’s mind-boggling! And here, our Green Trails team was looking at 4000 bricks. That’s nearly a tonne of non-recyclable waste reused.

“We were taken aback by what we saw. We heard about a few people making 60-70 bottle bricks individually. Schools had been encouraging their students to make them. Everyone was working on it. It had become a movement! It was a huge moment for us at Indiahikes,” says Moumita.

“The BDO and his team are planning to build an eco-park, with the fencing, the benches, everything made of bottle bricks. There are benches in a few schools built out of bottle bricks. The BDO has also announced another competition that will conclude in January. There’s hardly any waste plastic left in the town. It’s all being consumed by bottle bricks now,” says Moumita.

Why this story is important

This is not a story about bottle bricks or about upcycling. This is about how just one nudge, one good leader and some repeated communication has brought about a change in the mindset of people.

At Indiahikes, we have been actively working on our Green Trails initiative to leave mountains better since 2011.

“The biggest roadblock we face is the mindset of people. We are met sometimes with skepticism. And sometimes with intimidation. People think that they are not powerful enough to make a change. They are always waiting for a saviour,” says Lakshmi Selvakumaran, who heads our Green Trails initiative.

“But this is a brilliant example of how each village has the potential to create its own solution. People believed in the possibility of managing waste. People put in that effort it took to make it happen. All it required was a certain sense of empowerment, which they got from the idea of bottle bricks. Next came a strong leadership in the form of the BDO, who had extremely progressive thoughts. He made his people look at the problem with the positive thought that they could do something about it. With just these two aspects, the entire town worked together to solve their problem of waste,” adds Lakshmi.

There’s a saying by Robert Swan that I’m reminded of. He says “the greatest threat to our planet is the belief that someone else will save it.”

Bijanbari has given us a wonderful example of how we can do our bit. All it requires is a change in your mindset.

And I keep this for the end. I’m glad Indiahikes has a played a part in this story. Our Green Trails team has been working in this region tirelessly for 5 years. A special thanks to Moumita and Shweta Govind, our two Green Trails Fellows, who have been instrumental in bringing about this change at Bijanbari.

If you have a message for the team that has worked on this, drop in a comment. We’ll make sure it reaches them.

2 thoughts on “A Story Of Hope From Remote Darjeeling” 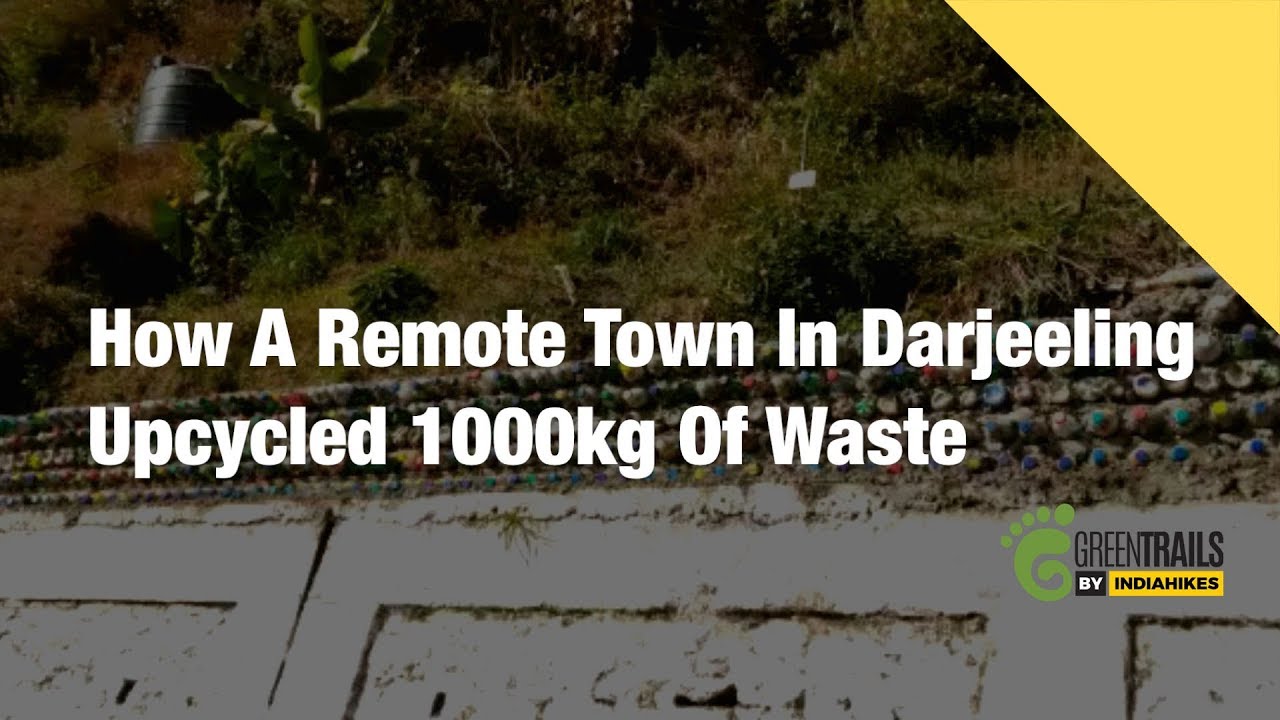 2 thoughts on “A Story Of Hope From Remote Darjeeling”