Over the past two months, we have been taking you through 9 treks that Indiahikes has brought out that have tremendously impacted Indian trekking.

As we near the end of our series, our founder, Arjun Majumdar talks about the Buran Ghati trek, a relatively new trek explored by Indiahikes — a trek that has captured trekkers’ imagination in a very big way.

The Backstory Of Buran Ghati — Unfinished Business From 12 Years Ago

It is incredible sometimes how long it takes to actually do a trek. My friends and I had planned to do the Buran Ghati trek 14 years ago, much before Indiahikes had started.

At that time, the trek was not called Buran Ghati. It was called the Barua Pass. We had heard stories about how incredibly beautiful the trek was. These were stories passed down from senior trekkers who had been there before, through scraps of articles in travel magazines.

My friends and I decided to do the trek taking along a small team. We didn’t have much to go by. Maps were scarce. The routes were sketchy. The camps were mentioned roughly. We knew the trek reached to about 15,000 feet, but nothing much else.

In those days trekking was almost always like this. We went with very little — just bits of clues. We would establish local contacts from far away — usually through inland letters and postcards. It would take us months to get a reply, sometimes the replies never came.

Given this, going to and fro over a plan was a luxury that we didn’t have. We would simply announce that we were coming on so and so date, and hope for the best. Our success ratio of treks was not very high.

So was the case of the Barua Pass. Armed with a sketchy map, we planned for the trek. We thought we were fortunate enough to lay our hands on something as precious as this.

Today, after having done the trek, I know the map has a lot of information wrong. The trail does not end at Sangla (nor is there a path). The Chandranahan lake is not on the right of the trail. But who knew at that time?

Our local contact’s connection slowly evaporated. With as less as 14 days to the trek, we switched over to our backup trek — the Rupin Pass — the story of which I narrated a few weeks ago. The Rupin Pass became what it is now and the Barua Pass went to the back of our minds. It remained in our wish list in one tiny corner.

In 2009, Indiahikes happened. We became busy with setting up the organisation. We explored great new treks like Roopkund, Rupin Pass, Kashmir Great Lakes, Kedarkantha. We brought them out in our country. A new generation of modern trekkers took to trekking in our country. Trekking changed forever. These were exciting times.

Buran Ghati was permanently dusted off of our minds.

Until, one day, hidden in the recess of my trek journals, I chanced on the old map again. A flood of memories of our abandoned trek came back to me.

I had to finish the unfinished business now. So in June of 2014, armed with the now super strong support of Indiahikes, I set out to finish the adventure that I had left behind 6 years ago.

We put out a notice to our trekkers if they wanted to join me on the exploration. It is incredulous that only one person showed interest back then! It was Kashi Vishweshwar, a young lawyer of the Supreme Court and an extremely fit trekker of ours.

Along with Kashi and Izzat Yaganagi, who at that time was heading our Green Trails division, we were a three member team ready to explore and document the Buran Ghati trail. Along with us was a trained mountaineer Yogi, from our Sankri team.

Yogi, apart from his outstanding mountain skills, was also armed with a coil of rope, snow stakes and carabiners to help us get off the pass.

What Struck Us About Buran Ghati

I think the road journey to the base camp of the trek fascinated us quite a bit. We were stepping into a remote corner of Himachal Pradesh that people have rarely seen.

When we finally cut into the dirt track at Chirgaon, leaving behind the Rohru area, I think I already started to fall in love with the trek.

The next twenty five kilometers on a dirt track as our SUV groaned, swerved, bumped and gained altitude were fascinating. We careened through a mixture of oak and coniferous forests.

On the other side of the gorge, a dense coniferous forest blanketed the entire mountain side. Snow capped mountains peeked from behind. If anyone wanted to start an adventure with the grandest mountain sceneries, then this had to be amongst the best.

The First Four Hours Of The Trek

The next day, just around 4 hours into our first day of trekking, I think the three of us realized we were onto something really special.

We couldn’t imagine the changes in scenery that we had witnessed within 4 hours. From an ancient culturally rich village to picture perfect farm lands to exquisite forests, to wondrous clearings and now we were staring at landscaped meadows, so beautiful that our eyes could not be satiated.

We had not expected anything like this on a trek.

That night we cooked and camped in the meadows. Horses galloped about, neighing in gay abandon.

The next morning, when the golden light of the sun peeped through the snow covered ridges of the mountain tops in front, it was almost like a million light bulbs had lit up the dew on the grass. My heart wanted to sing!

As we walked to Litham, I smiled in disbelief. The second day was turning out as good as the first. And I had already labeled the first day as the best you could get.

We passed through forests in the folds of the mountains, opening up to grasslands that crested the spur of fir trees. These forests were enchanted. Fairies definitely hovered in the trees. Light passed through the trees in unimaginable ways.

One of them was a pure coniferous forest, the other an ancient forest of silver birches. How could we get forests so distinct within an hour of the other?

Exploration Of The Chandranahan Lake

The trail would take us almost to the true source of the Pabbar. That excited me too. To see that, we had to climb up to the snout of a waterfall that was tumbling down to Litham from great heights. It was almost 1,500 feet high.

I had always thought the Rupin waterfall was the best that I had seen in high altitudes. The Pabbar waterfall reminded me that there are equally beautiful high altitude waterfalls.

At the snout, a new alpine world opened up. We were in a narrow valley with snow covered mountains rising from the valley floor on either side. Snow plumes crested the mountain tops and snow patches fed the stream below.

We hopped from one small lake to another climbing deeper into the valley. We were almost at around 14,000 feet. The air was cold and crisp. Finally, almost an hour and a half later we reached the lake — a large tarn fed by snow patches. Kashi knelt down in prayer.

Descending back to Litham from the Chandranahan trail, the views looked very different. It was almost like doing a new trek.

I made up my mind. Chandranahan would become part of our future Buran Ghati itinerary. It was too good a trek to miss — alpine views trekkers rarely see. The trek also built a natural acclimatization day to the trek. We climbed higher, slept lower. It primed the body well for the final pass crossing at 15,000 feet.

I admit I had mentally geared myself up to stand at the top of Buran Ghati Wall and stare deep down at the valley below. I hate to admit, all my expectations were wrong. The wall was like a sheer cliff! We had to descend down to a ledge a few hundred meters below. From there, perhaps we could slide further down.

The three of us looked at each other. Did we really have to get down this wall?

That’s when the mountaineer in Yogi stepped in. He swiftly drove two snow stakes deep into the snow. He made an anchor for the rope, and within minutes instructed us on how to rappel down the wall.

In the cold dry air of Buran Ghati at 15,000 feet my palms were sweaty.

Kashi went first, followed by me and finally Izzat. After the initial nervous moments, it was not difficult to lower ourselves down to the ledge. We looked up. It almost felt like I was staring up the facade of a ten-storey building. We heaved a sigh of relief. The wall was now behind us.

We got down on our bottoms and slid for almost the next hour, one slide after another, losing altitude rapidly. Just like that, we left the snowline behind and hit grasslands again. A strange sense of exhilaration enveloped us. This was one of the best pass crossings we had done!

A Realisation — This Was The Most Flawless Trek I’d Done

Two days later, we were down on the road at the Barua village. I looked back on the few days we had spent on the trek. I couldn’t find a single moment that wasn’t perfect. Buran Ghati was the most perfect trek that I had done.

It was almost as if the trek was laid out by combining the best parts of the best treks that we had done. Even the villages with their ancient culture, unique architecture, fruit bearing trees and welcoming people were perfect.

I have been trekking for so long. Yet, here was a trek that enthralled me like no other trek had done in recent times.

We knew Buran Ghati would become a favourite of trekkers very soon.

The Impact Of Buran Ghati

When we opened up Buran Ghati to trekking, the world started to take notice of the new trek. Where did this new wonder pop out from? It became the talk in trekking circles. Some had heard of it but few had done it.

There was an immediate interest in Buran Ghati.

It has been 6 years since we explored the trek. Buran Ghati has now become one of India’s favourite high altitude treks. Videos and blogs about the trek are now all over the internet. Trekkers cannot seem to stop gushing over it.

This March, just before we went down into our lockdown, all our Buran Ghati groups for the summer were booked, much in advance. Even before the older, more revered, Rupin Pass trek. The trek has truly become a force.

10 thoughts on “How The Buran Ghati Trek Was Explored”

An entrepreneur by profession and a trekker by passion, Arjun started Indiahikes in 2008. With a vision to explore and document new trails, solve problems in the mountains and implement sustainable ways of trekking. Arjun leads Indiahikes, a community that has changed the face of trekking in India.

He has written extensively for Discover India magazine and is a TedX speaker. He frequently talks at institutions about his entrepreneurial journey, but his favourite topic is always the impact of trekking on the mind, body and spirit.

Learn from Arjun about what it's like to work at Indiahikes.

Why We Love Buran Ghati 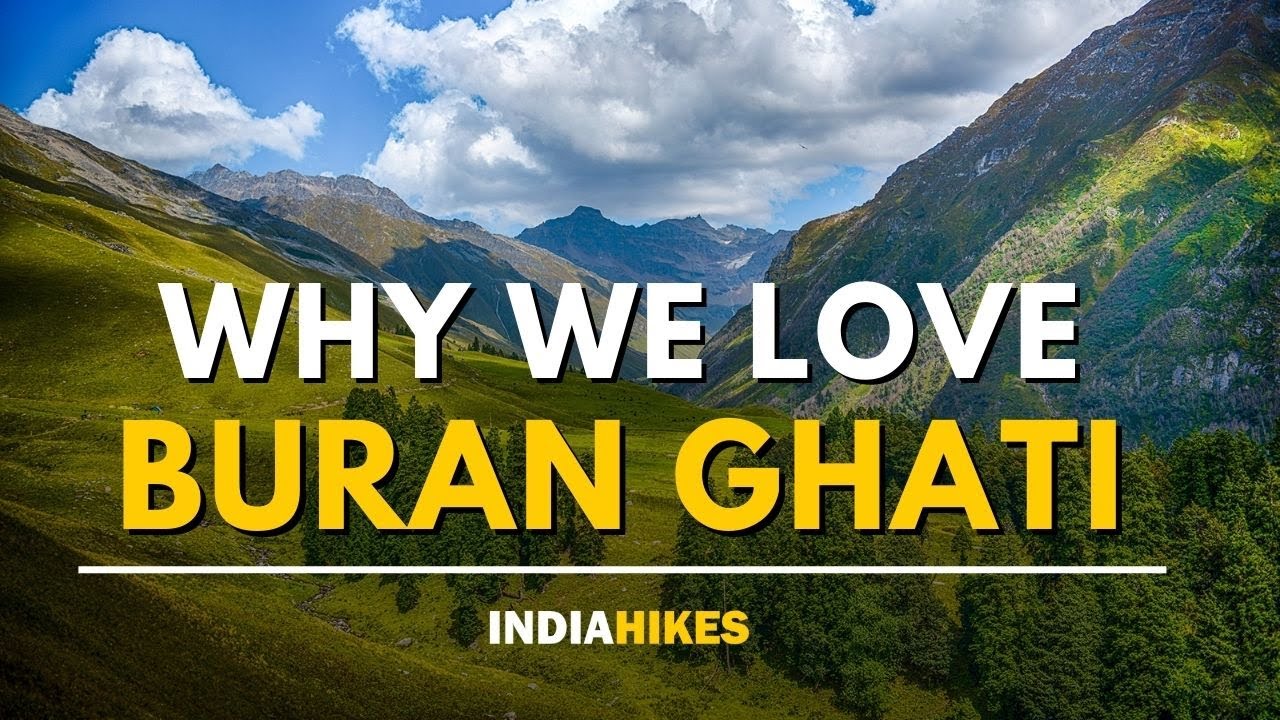 Why Buran Ghati Should Be On Top Of Your Bucket List 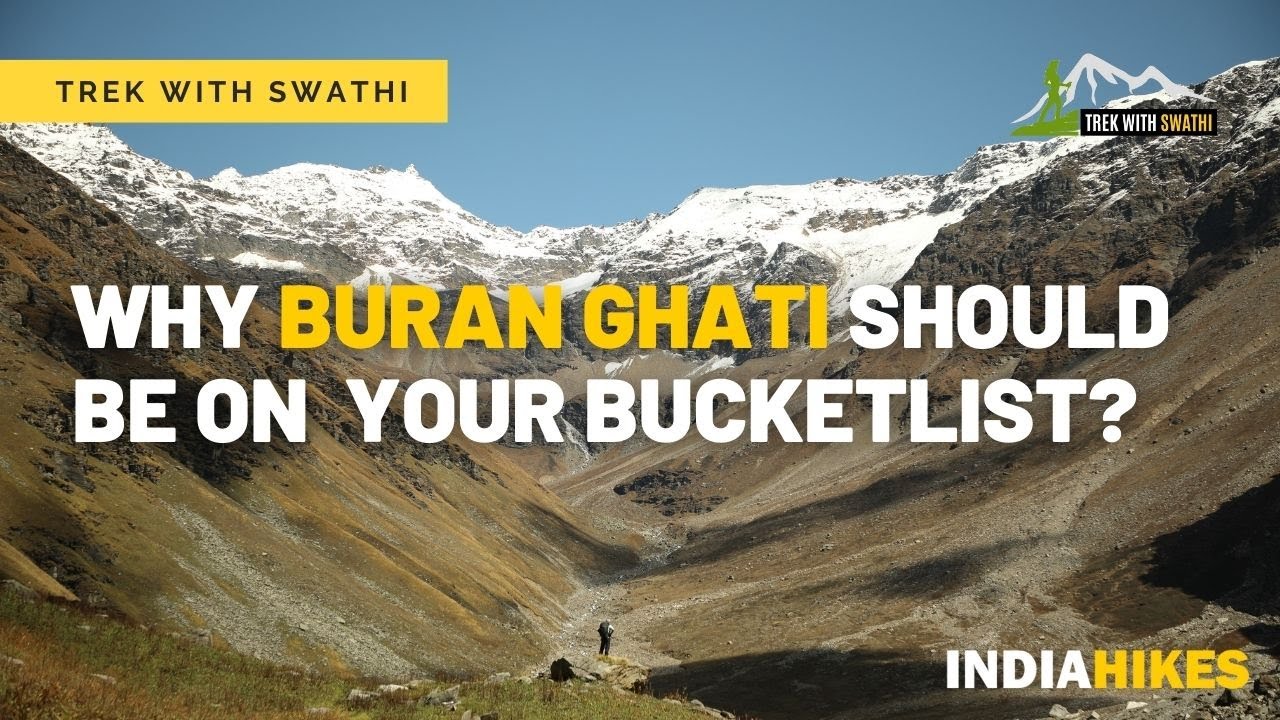 What To Expect (An Not To) On The Buran Ghati Trek 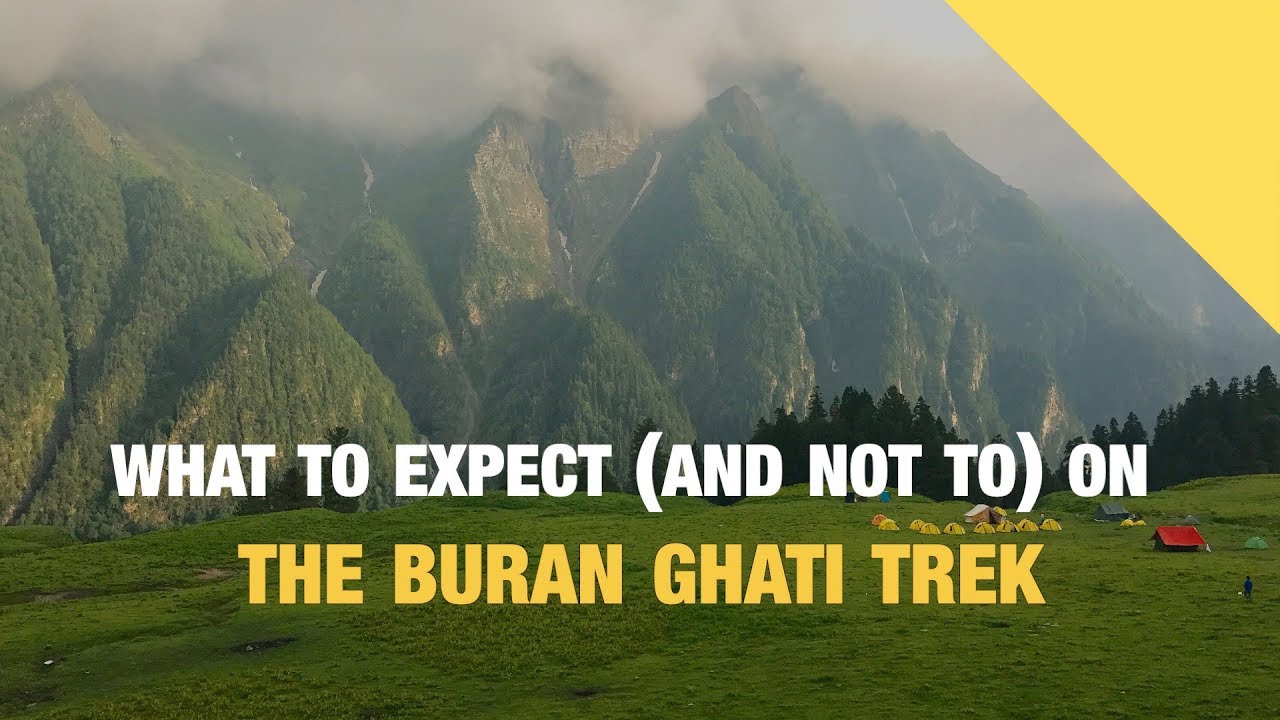 What Is The Best Time To Do The Buran Ghati Trek 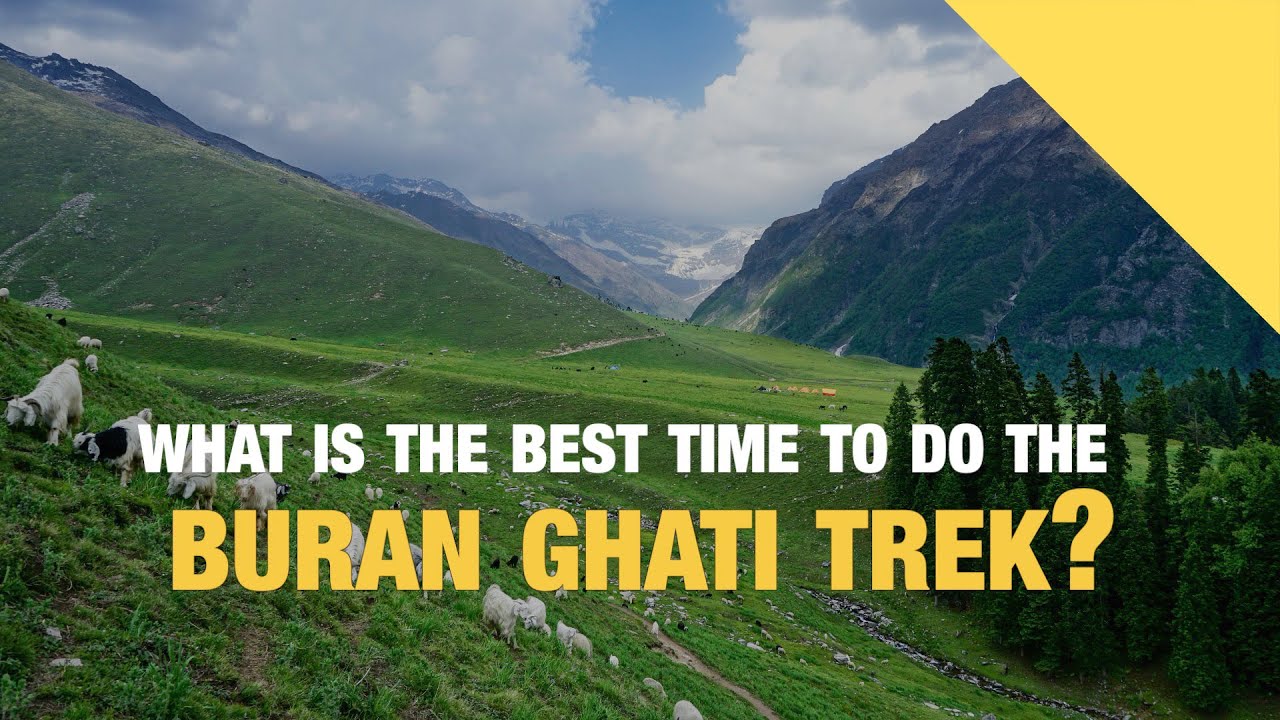 How Difficult Is The Buran Ghati Trek 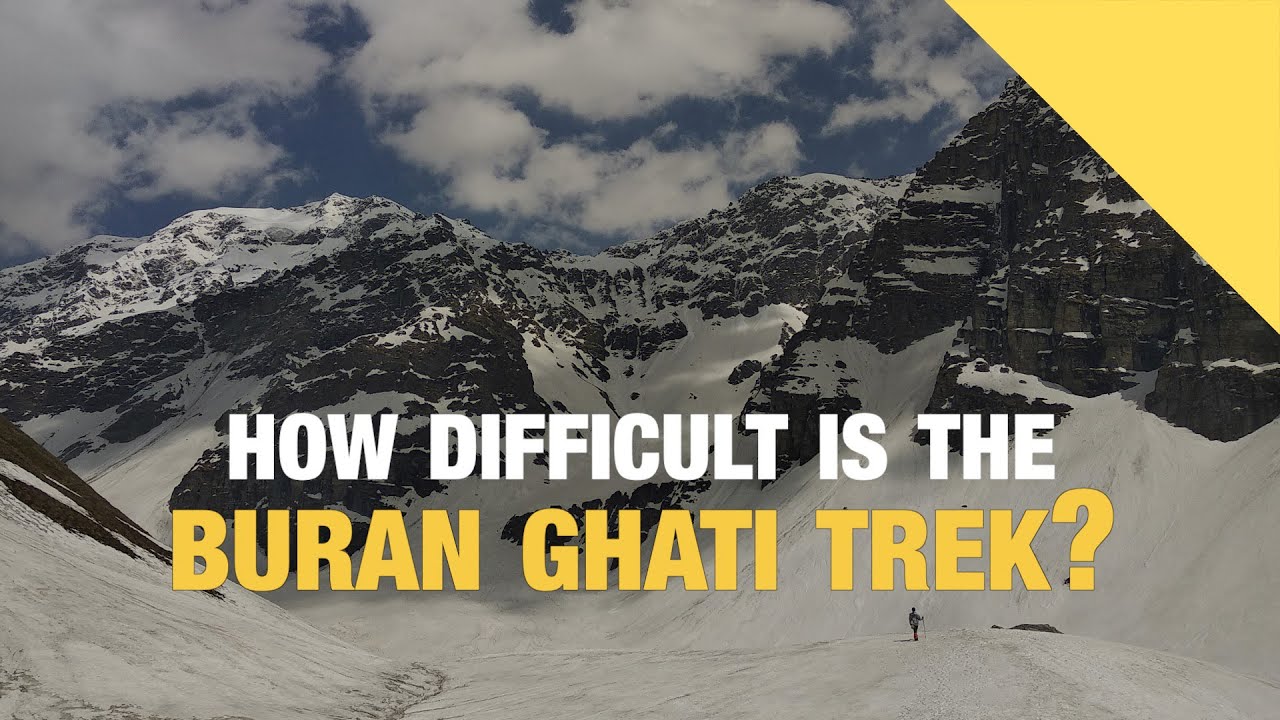 Over 110,000 trekkers love our Thursday mailers for the latest on trails, tips and trek talk. They also love that they get the first invites to our newly opened treks!
Go to Top