Around 12 years ago, when trekkers trekked on snow or ice in our country, slips and falls were very common.

“I’ve seen a trekker slip on a snow bridge, hit his head on a rock and drop unconscious right before my eyes. We had to stretcher him off,” recollects Sandhya UC, the co-founder of Indiahikes. This was her experience on the very first team that Indiahikes took to Rupin Pass, back in 2010.

Today, I want to tell you the story of how microspikes were introduced to high altitude trekking in our country. You’ll be surprised because nobody outside of Indiahikes knows this story and it’s the first time I’m sharing it.

Did you know that microspikes were introduced to high altitude trekking by Indiahikes?

“When we had just started Indiahikes, we used to trek snowy and icy trails with bare shoes,” says Arjun Majumdar, the founder of Indiahikes. In the early days of Indiahikes, we would take trekkers to Roopkund, Rupin Pass, Stok Kangri, Kedarkantha.

“All these trails were covered in good amounts of snow and ice. Slips and falls were very common. Some trekkers would get injured too,” shares Arjun.

“This rattled us quite a bit! High altitude trekking in our country could never progress if this was how trekking on icy slopes was going to be,” he adds.

This left our founders in deep thought.

“Our instinctive approach was to seek mountain experts — that’s mountaineering institutes in our country,” shares Sandhya. “They suggested we use crampons.”

If you don’t know, crampons are what mountaineers use to climb icy slopes, often near-vertical slopes. These have long metal teeth at the bottom, and teeth in the front as well. These help in vertical climbs in the mountains.

But crampons did not cut it.

“Crampons were too elaborate for the trekking world. You could not trek with them. You could only climb with them. We needed something simpler, lighter, something trekkers wouldn’t struggle using,” says Sandhya.

Their research took them further to the IMF (Indian Mountaineering Foundation), but the IMF couldn’t give them an answer either.

Edging closer to a solution

That’s when the founders discovered that some westerners wore cleats to walk on snow. They would attach cleats to their shoes.

But cleats were not good enough either.

“Cleats were not enough to give us traction on snow on slopes. They were alright for flat surfaces. They wouldn’t work on the kind of inclines we had on our Himalayan treks,” shares Sandhya.

But discovering cleats set them thinking. They wondered what people in western countries did for heavy duty work. It was while investigating further that Arjun and Sandhya discovered microspikes.

“We saw that people were using something called microspikes for their jogs in snow. We thought wow! If you can jog on snow, you can surely trek on snow with these,” shares Arjun.

But they were skeptical. They wondered if this equipment would last the rigours of a trek.

Sandhya immediately imported two of them to try on their upcoming winter trek.

“We were apprehensive about whether they would last a full-fledged Himalayan trek,” recollects Sandhya.

Experimenting with microspikes on the Kedarkantha trek

To test the effectiveness of the microspikes, Arjun and Sandhya took them on the Kedarkantha winter trek. They decided to test them on the frozen lake of Juda Ka Talab.

“I remember seeing Arjun put it on and carefully walk on the lake. We were so anxious at that time,” shares Sandhya. “All trekkers were watching, they were curious too,” she says.

Arjun stepped on the lake, hesitant at first, then little more confident. The spikes held. He didn’t slip on the icy surface. Then he took a short jump and light sprint. The microspikes stood up beautifully!

“We were elated that it worked!” he smiles.

A hardcore test of microspikes

But Arjun and Sandhya were still apprehensive. Testing them on a relatively smaller terrain of Juda-Ka-Talab was one thing. But would microspikes last a full fledged winter trek?

Given that they wanted to introduce this to trekking in a large way for trekkers’ safety, our founders wanted to be sure they worked on all kinds of terrain.

That’s when they decided to give the microspikes a hardcore test. They decided to test them on the Chadar Trek Exploration (not many trekkers know that Indiahikes put the Chadar trek on the map as it is today. Read the story here.)

“Chadar is a frozen river trek. You walk on the icy surface of the river for days together. In a 5-6 day trek, any trekker would have fallen at least 50-60 times,” says Arjun. That was the norm on the Chadar trek.

It was the first time anyone was wearing this equipment on the frozen Zanskar.

“When we did the trek with the microspikes, we did not fall a single time. Can you imagine that? We walked fearlessly, without falls, without any injuries!” exclaims Arjun.

Not only did they walk comfortably, they could also walk much faster because it was safer. It improved the quality of trekking on the Chadar to a huge extent.

After the microspikes passed the Chadar test, there was no looking back.

“We brought these into Indian trekking immediately, and used it that very year on all our high altitude treks that summer. Trekkers loved them! Slips and falls on ice vanished almost overnight. Every other trekking organisation recognised this brilliant feature and adopted it to their treks by the next year,” concludes Arjun.

Today, microspikes have become such a necessary safety equipment that we cannot imagine trekking without it. It’s something that’s as natural as a backpack or trekking shoes.

And that’s the story of how Indiahikes brought it to Indian trekking.

I’ll share something else with you. Outside India, very few countries use microspikes for winter treks as we do. They still have not caught on to the benefits of using microspikes.

This is just one of many stories. There are similar creation stories of how Indiahikes has changed trekking in our country. It is not without reason that Indiahikes is the most loved and respected trekking organisation in India.

I hope I can share all these stories with you someday.

If you have used microspikes, tell us what you felt reading this story. We’re curious to know.

15 thoughts on “How Microspikes Came Into Indian Trekking”

Swathi heads the digital content team at Indiahikes. She is also the face behind India's popular trekking video channel, Trek With Swathi. Unknown to many Swathi also writes a weekly column at Indiahikes which has more than 100,000 followers.

Swathi is known for her expertise in digital content, which has made her a much sought after resource in many events. Before joining Indiahikes, she worked as a reporter and sub-editor at a daily newspaper. She holds a Masters in Digital Journalism and continues to contribute to publications. Trekking, to her, is a sport that liberates the mind more than anything else. Through trekking, Swathi hopes to impact a person's mind, body and spirit. 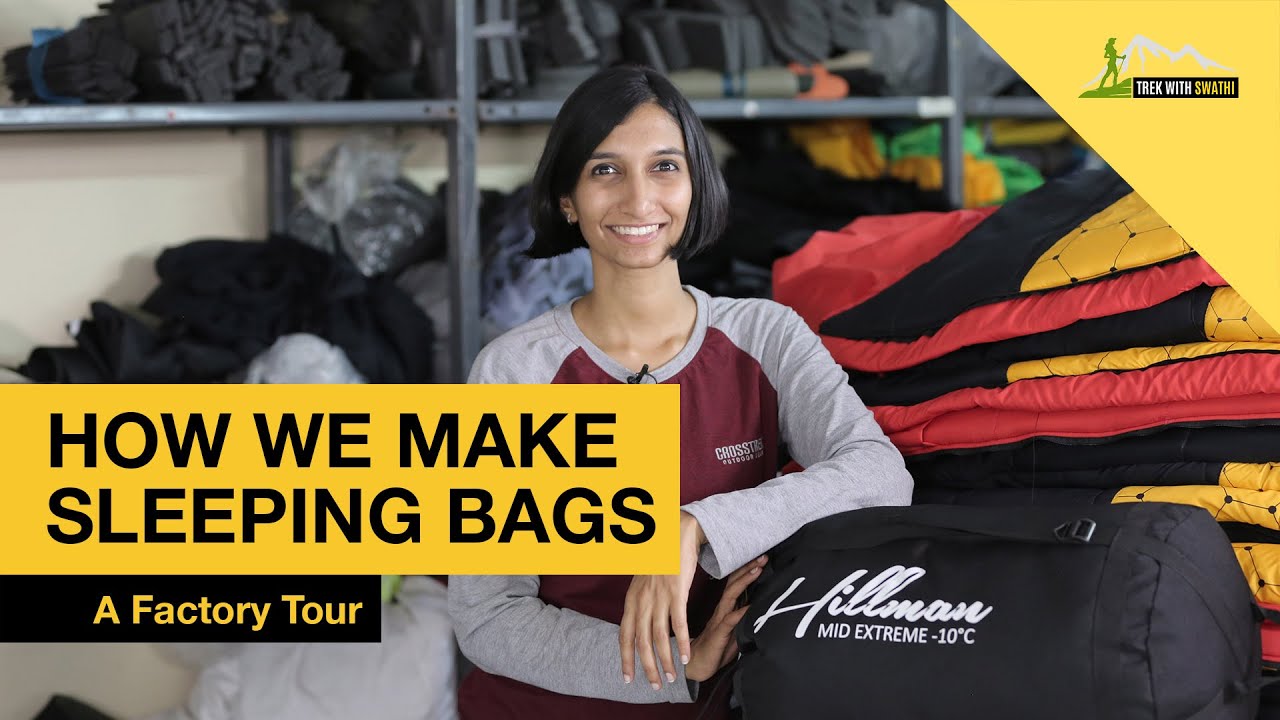 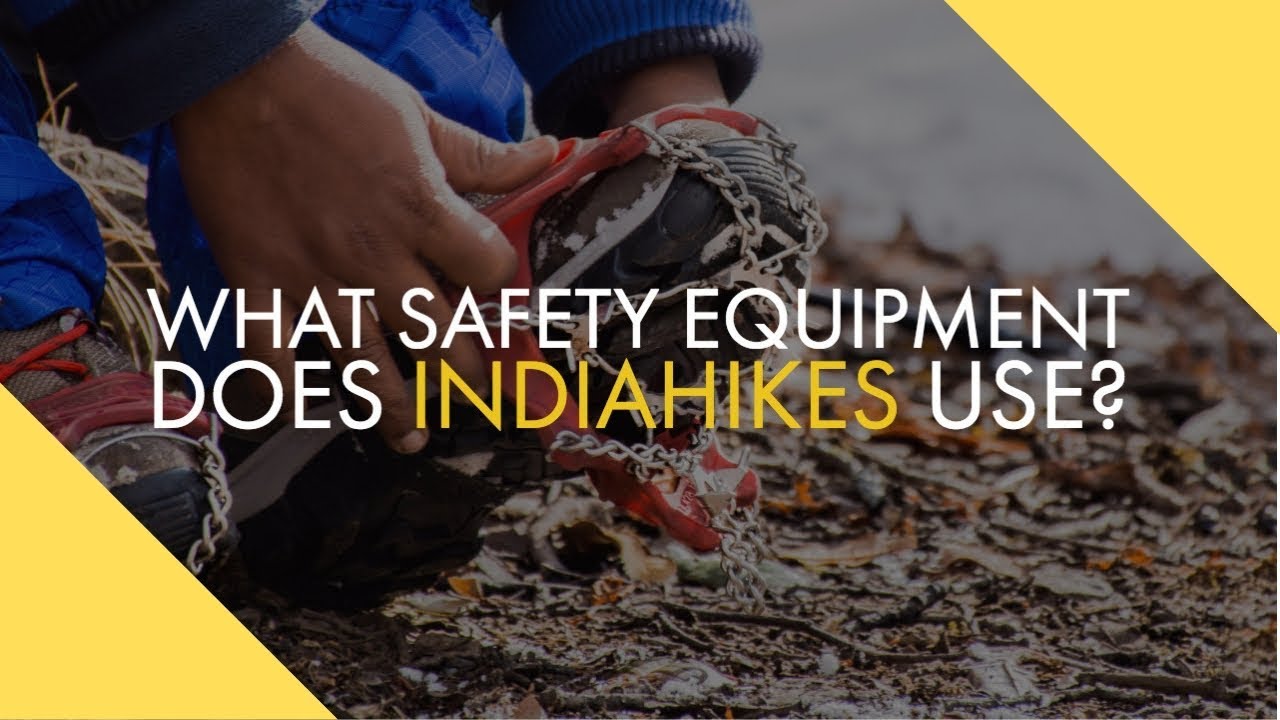 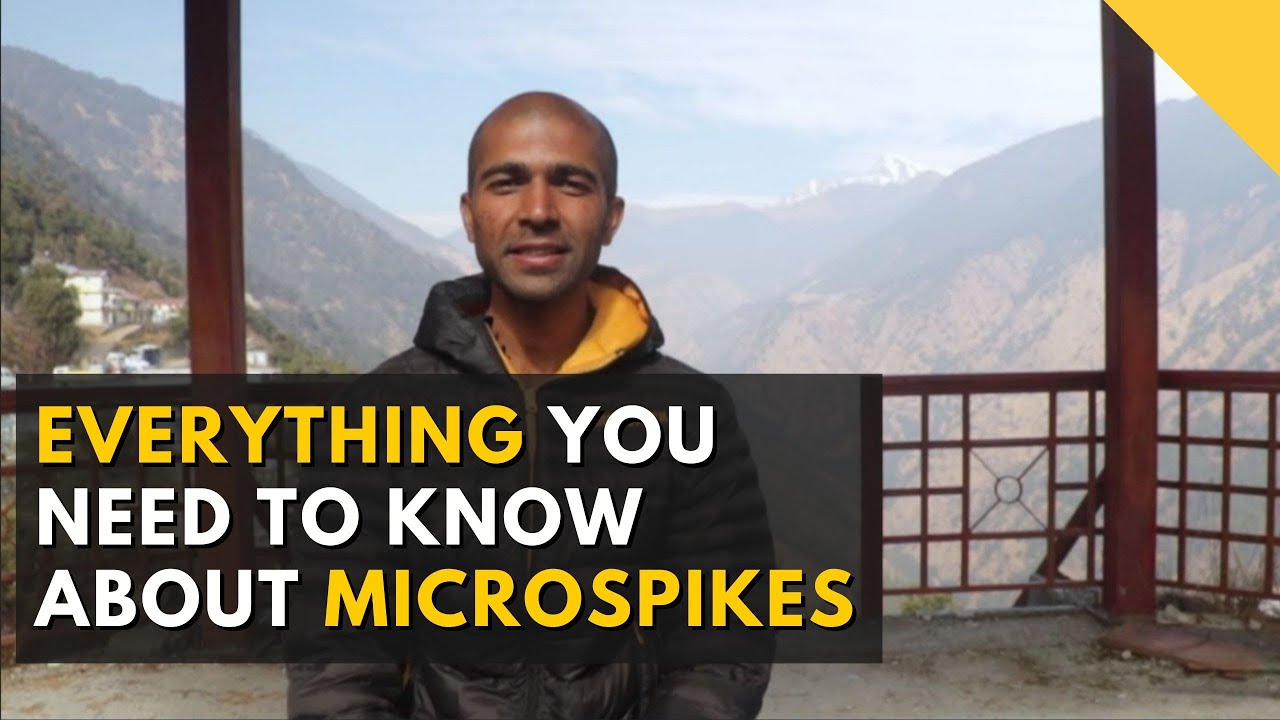