It’s a big week for us at Indiahikes. This week marks the end of our summer treks to Roopkund and Rupin Pass. Our Himachal treks are running well, amidst heavy rain and our Kashmir treks are all set to begin! Here are the latest updates!

All teams have successfully made it to the Roopkund lake over the past week. Junargali, however, has been missing in action thanks to bad weather.

Couple of teams experienced great weather on their climb and made it to Junargali.

But the biggest highlight of the Roopkund trek at the moment are the meadows. The meadows are in full bloom right now! This is why June is a great time to trek — just for the meadows! It rains a bit in the afternoons, but it’s absolutely worth it!

The last team to Roopkund leaves on June 30th. We hope they will be able to help with the wrapping up of the slope and also, wish them good luck with the weather!

Trekker Lost And Rescued on the Roopkund trail

Another incident that took place at Roopkund involved a heroic rescue of a trekker, who was lost for 3 days and 2 nights. He was a 67-year-old solo trekker. After completing the Roopkund trek, he was on his way back, when the trail became very foggy close to Ali Bugyal and he lost his way in the forests below.

The SDRF team was put in action immediately. It took a long time to look for him and rescue him. Our Trek Manager Dhansingh Bisht was part of the rescue operation.

“We located him with the help of the dipper he used. As soon as we located him, we tried getting to him immediately. We took the help of local folk and the SDRF Team. I joined in from Indiahikes.

He was stuck in a dangerous spot. We used a rope to reach him. After reaching him, we made a quick harness around his waist and hoisted him down.
The first thing we did was give him some fruits because he hadn’t eaten for days,” says Dhansingh ji, who used to be a part of the SDRF team before joining Indiahikes.
Now the trekker is safe and back home.

Meanwhile, at Rupin Pass, trekkers are having a great time experiencing the greener side of Rupin Pass. It has been raining in the region, but trekkers have been able to complete the trek successfully.

It is the end of the season at Rupin Pass and we will be headed back there in September.

Buran Ghati – One team crosses the pass in rain. Another returns from Litham campsite

The Buran Ghati trek has been seeing continuous rain for the past week.

The rains have swollen the Litham River, making the usually calm river a little agitated at the moment. An entire team of trekkers had to return from Litham back to the base camp because the rains did not give in.

Within a few days, the entire trek will be wrapped up for the season. We’ll head back there in September, when the skies are bluer and the clouds nowhere around.

The Hampta Pass trek is also seeing continuous rainfall. One team had to return from Balu Ka Ghera because of heavy rain. They couldn’t make to across the pass. They even saw a landslide near the campsite.

However, all other teams have been able to complete the trek. There are a few snow patches, snow bridges, tonnes of flowers!

Luckily, trekkers have been able to make it to Chandratal too! The road to Chandratal usually opens later in the year, but this time, even the very first team to Hampta earlier this month made it to Chandratal. The lovely blue waters will only get prettier with time!

At Bhrigu Lake, trekkers have been having some adventures with hail sometimes and clear weather sometimes. Considering it’s climbing right out of Manali, it’s giving trekkers an action-packed experience within just four days!

It’s a great trek to do this monsoon if you’re planning one. You could even do it yourself!

Here are the details – https://www.indiahikes.com/bhrigu-lake/

Weather prediction in Uttarakhand and Himachal

Considering monsoon is almost here, expect rain on your trek.

The Indian Meteorological Department predicts widespread rainfall throughout the coming week in Uttarakhand and Himachal. So make sure you have your rain gear in place before heading out for any trek.

Prepping up for upcoming treks

It’s time for few of our best monsoon treks — all of them start in the first week of July.

Our teams are gearing up to trek in Kashmir on the Kashmir Great Lakes and Tarsar Marsar routes. Our ops team has reached Kashmir from Dehradun with all our equipment, covering nearly 800 km by road. A back-breaking journey indeed.

In terms of safety, I’m sure you have questions. Our chief of operations, who was in Kashmir says that the safety level in Kashmir has increased considerably. After the Governor’s Rule was imposed there has been a lot of paramilitary forces stationed in Kashmir and on the highway.

The Amarnath Yatra is running as planned too.

So what you need to know is that it is safe to trek in Kashmir for now. Just make sure you stick to the touristy areas. If you’re still too hesitant, you could pick a trek in Himachal instead.

On another note, the Valley of Flowers trek is all set to begin next week. Lots of trekkers and pilgrims are already making their journey to Hemkund Sahib, which, at 14,000 ft, is one of the most holy temples for Sikhs.

The flowers are just beginning to bloom and we expect them to be in full bloom by next week.

Last week, we took students from Daffodils to Nandi One near Bangalore as part of our Hiking Club. They went up on the trail equipped with Eco-Bags and did a thorough clean up of the entire trail.

Not only did they learn about the environment, but they also learnt about team work and leadership!

The entire month of July, we are going to be taking school students on treks around Bangalore.

We are always thrilled to expose young minds to the outdoors! And what better way to do that than trekking!

On a lighter note, we have a new joinee in office, and her name is Ginger. She mostly eats, sleeps and chews on people’s shoes.

She has become the official stress-buster at the IH office!

That’s all from us today. 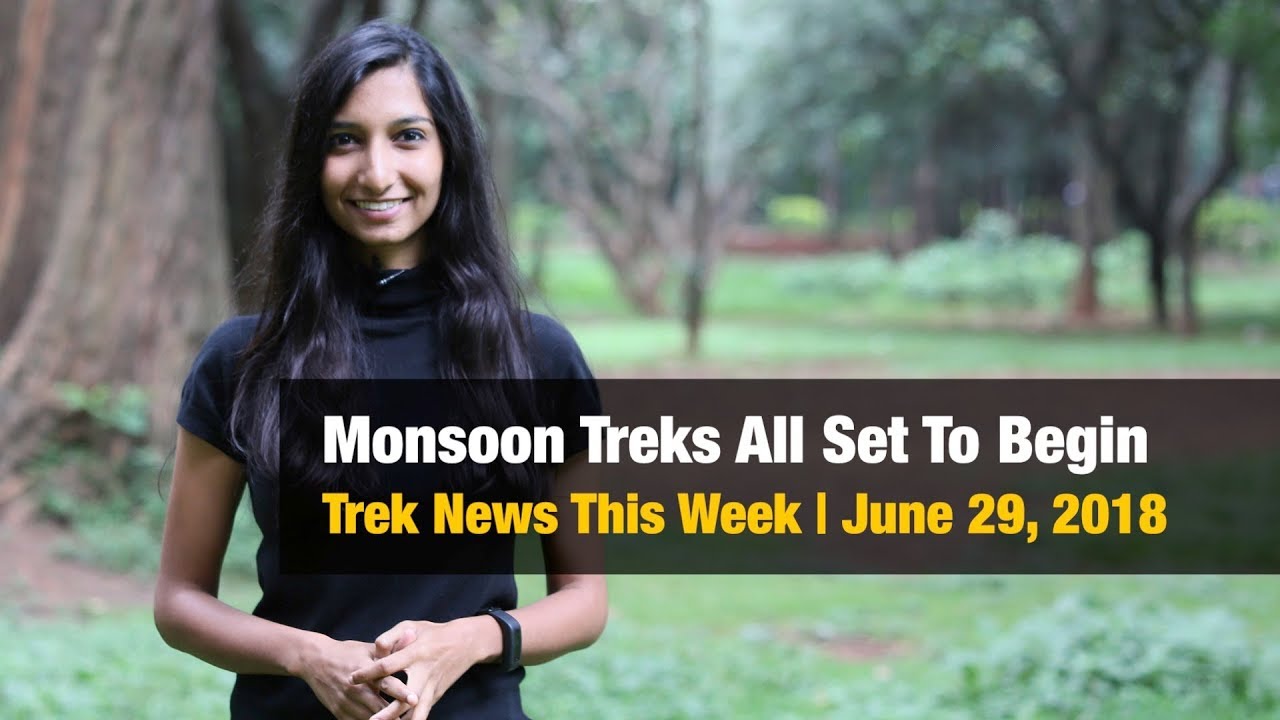